I saw a review of the Schrade Tactical Pen and was intrigued. And wouldn't you know it, Santa put one in my stocking! I gotta say it's a terrific pen and make no mistake, it's also a well crafted weapon, a version of a Kubotan. But it's got a German made nib that draws nicely. A great carry pen just for it's toughness, it would take a lot to scratch or damage it.
It's heavy and feels more like a tool than a pen, but what it lacks in finesse in makes up for in style... it looks like The Dark Knight would carry one. And besides, what other instrument can write like a fountain and crush a man's sternum?!? 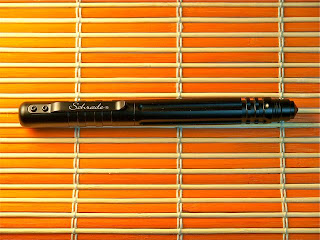 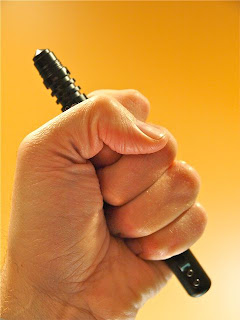 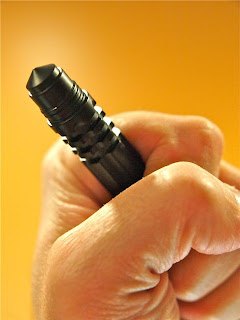 The Schrade Tactical is a knockout of a pen... and slammed against the temple of a would-be attacker, it's lights-out. 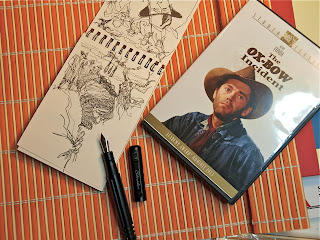 I broke in my Scharade with some quick sketches while watching a great classic film, The Ox-Bow Incident. Check it out for the beautiful lighting alone. Great characters and story.
The Schrade uses the standard international cartridge, but I'm going to try a standard converter. 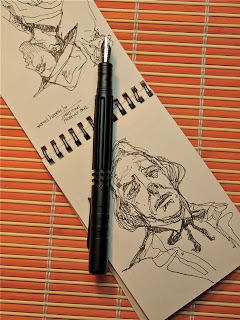 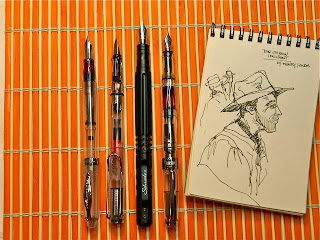 The Schrade is a big pen, I've compared it above to: a Noodler's Ahab, Lamy Vista, and a Twsbi Diamond 530. For under 30 bucks it's a pretty good value. I recommend it.
I'd be interested to hear what other Schrade owners think.
Posted by Tom Lynch at 9:48 AM 4 comments: